This article is an excerpt from Living Bliss: Major Discoveries Along the Holistic Path by Dr. Norman Shealy.  Dr. Norman Shealy is Top Expert Physician of The Year in Chronic Pain for 2020 by the International Association of Top Professionals and is credited with being at the forefront of the Holistic Medicine movement in the late 70s.

Where in the world can you eat food high in fat and get away with it?

In just about every country of the world apparently, and there is lots of research to prove it.

Medicine’s greatest error in the past 50 years has been the war on cholesterol. This may seem surprising, but many studies show that people who eat more cholesterol and saturated fat than their peers also weigh less than those same individuals.

This is because increased weight gain and elevated cholesterol levels are invariably correlated.

Furthermore, those who eat the least amount of saturated fat and cholesterol seem to have twice the death rate compared to their peers with diets higher in these elements.

In Okinawa, Japan, where inhabitants eat large amounts of pork and cook with lard, the average life expectancy of women is 84. It is interesting, too, that Jews who live in Yemen, who intake fat solely of animal origin but eat no sugar, have minimal rates of heart disease and diabetes.

Yemenite Jews who have been transplanted to Israel tend to eat more margarine, vegetable oils, and sugar than their traditional cousins at home in Yemen, and with that change in diet come higher levels of heart disease and diabetes in those living in Israel.

Residents of northern India eat 17 times more animal fat than those in southern India, yet the southern Indians have a seven times greater incidence of heart disease.

The African Masai eat mostly milk and beef blood, heart disease is rare and cholesterol is low among them.

Residents of Crete obtain 70 percent of their calories from lamb, sausage, and goat cheese and have very low rates of heart disease.

The Inuit people (also sometimes called Eskimos) are relatively free of heart disease, despite a high intake of fat, as long as they avoid sugar.

The Chinese, who consume great quantities of non-homogenized milk, have half the rate of heart disease as those who eat little animal fat. In the country of Georgia, those who eat the fattiest kinds of meats actually live the longest.

The incidence of death from coronary artery disease in France is 55 percent lower than in the U.S. despite its citizens’ high intake of butter, eggs, cream, and liver pâté.

Indeed, in the areas of that country with the highest consumption of goose and duck liver, the incidence of coronary heart disease is a striking 76 percent below that of Americans.

The Relationship between Carbs and Cholesterol

When you look at research done around the world, you see that this really comes down to a truth that few in North America seem willing to accept—namely, it is carbohydrates that make you fat, not eating fat!

Beef fat is considerably better at improving cholesterol than equal calories from bread, potatoes, and pasta. And nonhydrogenated pork lard is even better than other shortenings.

As you seek to understand all this, here is how carbohydrates affect the body. The problem with them is in how they are related to the glycemic index (GI). Sugar has a GI of 100, and all other foods are measured against this. White bread is 97, which is almost as high as sugar itself, while nuts have a GI of only 15. This means that nuts raise blood sugar at only 15 percent the rate of sugar.

So that Super Big Gulp soda that seems so appealing on your drive home from work is just 64 ounces of pure junk, containing 48 teaspoons of sugar with 292 calories for fat production. Artificial sweeteners, such as aspartame, are even worse; studies show that aspartame actually prevents weight loss and increases appetite, which most people don’t understand at all.

It is also a fact that Trans fats—hydrogenated margarine, shortening, and most peanut butters, to name a few—are at least as serious of a threat to causing high cholesterol as anything else.

These ingredients are found in many pastries, doughnuts, deep-fried foods, crackers, and fast food. They increase insulin release and are associated with heart disease, cancer, immune dysfunction, sterility, growth problems, osteoporosis, and hearing loss. Not all peanut butter is bad for you, though. As part of my own conscientious nutrition regime, I take a tablespoon or two of natural peanut butter in my diet with no ill effects.

Instead, here are some natural ways to bring down your cholesterol and control your overall weight.

Start with any kind of physical exercise, and build up to one hour daily. Ensure a high intake of non-starchy vegetables and fruits daily, striving for seven servings.

Enjoy a program of deep-relaxation exercises (self-regulation) for 20 minutes daily.

Also, avoid hydrogenated fats of all kinds, and don’t drink soda or eat at fast-food restaurants.

Stay away from homogenized milk, and instead drink at least two quarts of nonchlorinated water each day.

I recommend using only butter and olive, coconut, sesame, and flaxseed oils as added fats in your diet.

If your cholesterol is still above 200 after six weeks on the above regimen, consider adding one of the following supplements to your diet: timed-release niacin, 500 mg at each meal; beta-sitosterol, 400 mg at each meal; arginine, 5 grams daily with 2.5 grams citrulline in timed-release capsules; taurine, 3 to 4 grams daily; or lecithin granules, four heaping tablespoons daily.

In my next book excerpt from Living Bliss: Major Discoveries Along the Holistic Path by Dr. Norman Shealy, I’ll share with you another book chapter, Exercise: The Key to Wellness & Happiness. 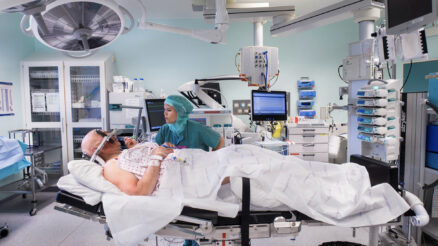 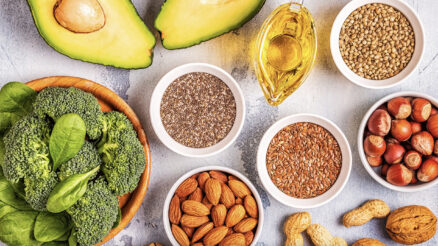 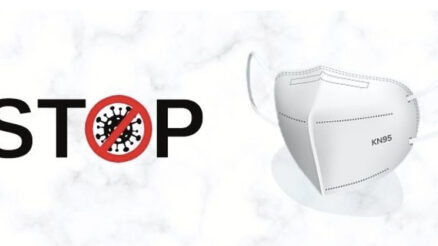